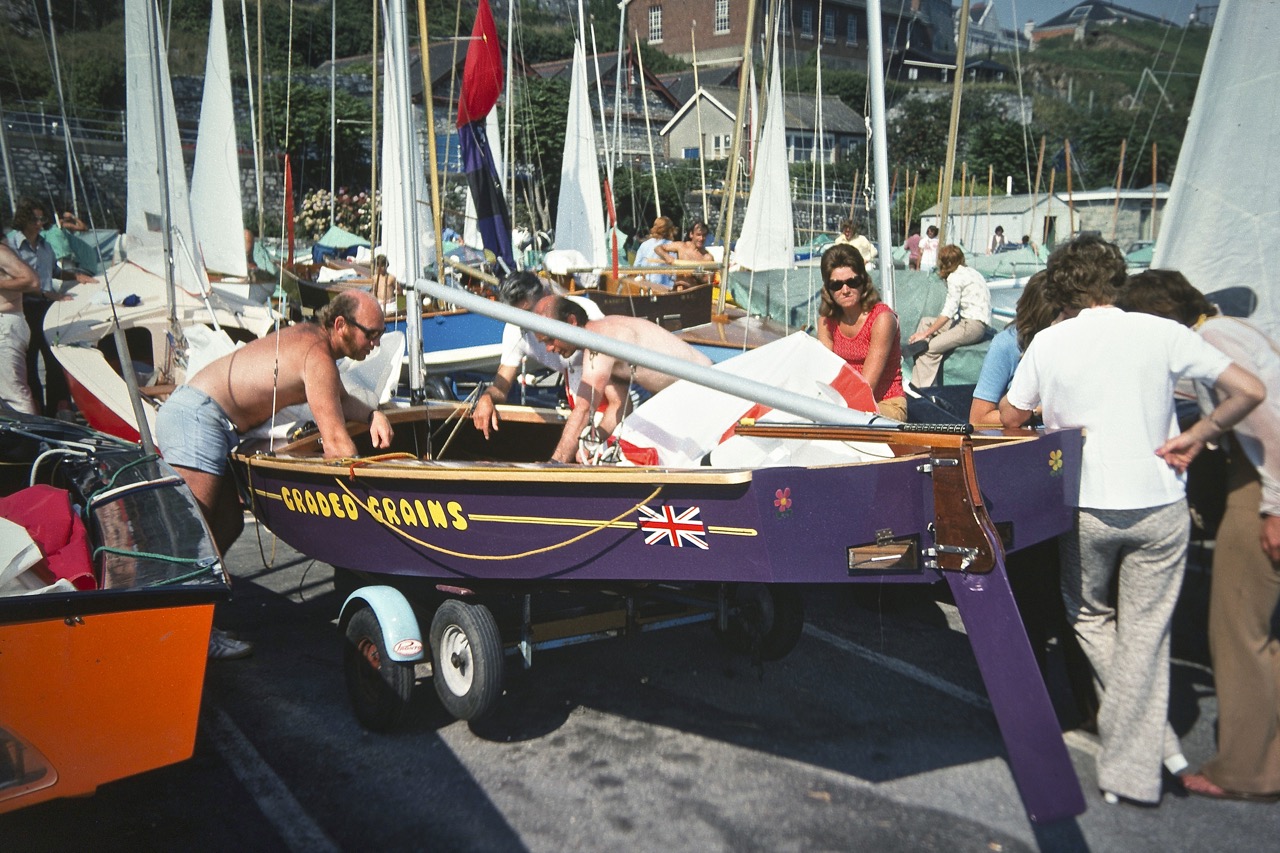 Dorset Dinghies was set up by Dick Flower. The photo shows Dick Flower’s own Seafly “Graded Grains” (C477) which was home built in the years before “Dorset Dinghies” when he was sailing as a member of the Seasalter Sailing Club in Kent. In 1988, Adrian Summers won the National Championships in C477 and, as “Merlin”, this boat still races successfully at Blakeney. 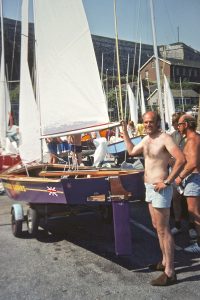 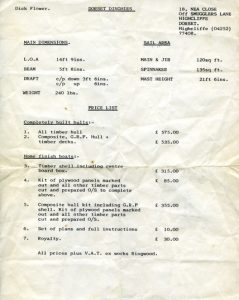 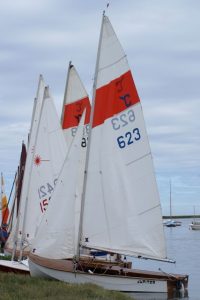 Around 1978, Dick Flower moved to Highcliffe, near Christchurch, Dorset, and produced a batch of wooden boats which included C623, Jupiter. These must have been built following the transfer of the licence from Zygal to C.M. Marine since Zygal’s policy was not to allow professionally built wooden boats. Flower’s price list shows that a complete hull cost £575! It appears that he could also supply composite boats with GRP hull and wooden decks, presumably using the hull moulds that Colin May had aquired from Zygal, and that the boats were actually built nearby in Ringwood. 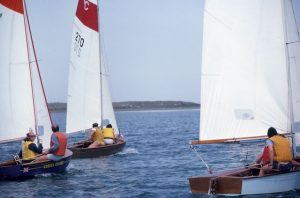 “Contrary to the advertising strap line Graded Grains did not make finer Flower. Dick was a roofer and broke both legs falling off one. He is the only person I have known to go sailing with plaster casts on both legs. Yes really he did and the hospital could not understand why the plaster went soft.” (David Scovell).

Bob Hoare Racing Dinghies
was situated in Christchurch, UK, Bob Hoare was famous for having built the Olympic Gold Medal winning Flying Dutchman “Superdocious” in the late 1960’s. Presumably under licence from nearby C.M. Marine, who were building in GRP/foam composite, Bob Hoare Racing Dinghies built a number of wood hulled Seaflys in the 1980’s (for example C635 in 1982, and C643 in 1984). In later life Bob Hoare was a member of the Solent Radio Controlled Model Yacht Club as well as Parkstone Yacht Club; his untimely death occurred in September 2012 while racing his Flying Fifteen.

SeaflyMemories > Seafly Boat Builders > Dorset Dinghies and Bob Hoare Racing Dinghies
Because we use Google Maps and other services, using our site may place cookies on your computer. If you continue to view this site we will assume that you are happy with it.Ok