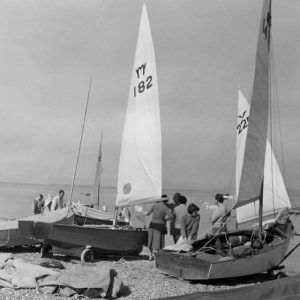 During the last years of the 1950’s and start of the 1960’s, dinghy sailing became a very popular pastime with a proliferation of new dinghy designs, and the formation of new Sailing Clubs in many coastal towns.

At many of these clubs both day sailing and racing took place and often the largest racing fleet was the mixed Handicap Class. The photo shows a Mayfly amongst various other dinghy types at Highcliffe Sailing Club in around 1962.

The Mayfly Dinghy Class Association was formed soon after the introduction of the Mayfly and, taking advantage of this “dinghy sailing craze” helped in the spread of Mayfly dinghies to Clubs all over the country. Below are the covers of some of the early Class Association Handbooks. 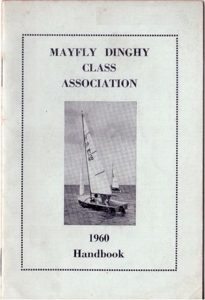 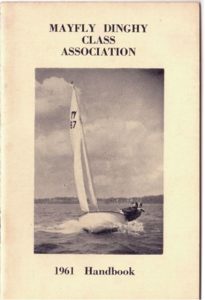 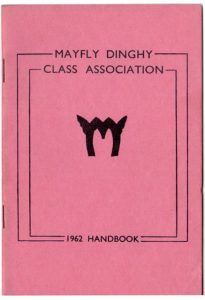 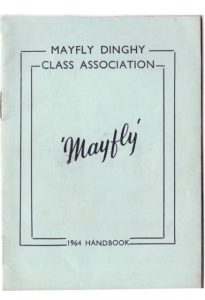 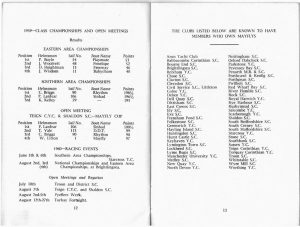 These two pages from the 1960 Class Association Handbook suggest that Mayfly Class racing was mainly in the south and east of England. However Mayflys were also being sailed in clubs in the north of England, and in Wales and Scotland. 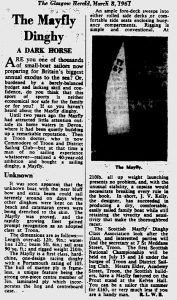 The Glasgow Herald article tells of the introduction of the Mayfly north of the border with a Scottish Mayfly Dinghy Class Association formed and Messrs Elder of Troon as the Scottish builders.

The Foreword to the 1962 Handbook (shown below) was written by Stan Herbert as Chairman of the Mayfly Dinghy Class Association. However, with the 1962 National Championships to be held at Clacton, Herbert suggests that the Class Association be organised by a Committee “based in or near London”. It is tempting to speculate that Herbert was “clearing the decks” in anticipation of the introduction and promotion of the Mayfly’s larger relation, the Seafly. 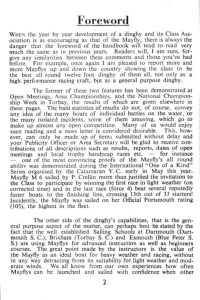 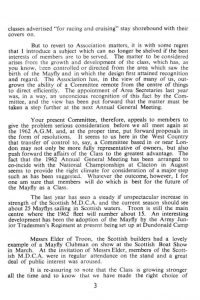 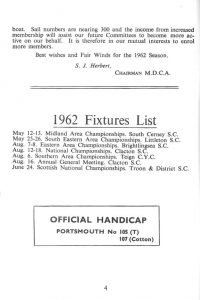 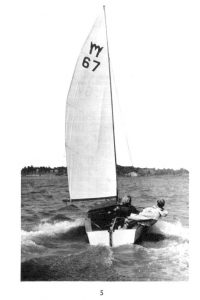 SeaflyMemories > The Mayfly Sailing Dinghy > Mayfly Clubs and Class Associations
Because we use Google Maps and other services, using our site may place cookies on your computer. If you continue to view this site we will assume that you are happy with it.Ok