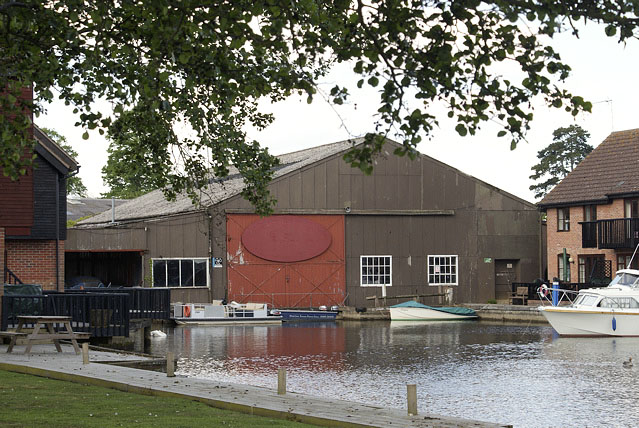 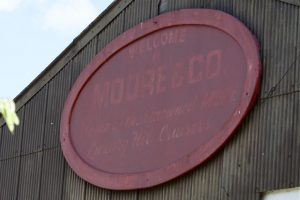 Moore’s of Wroxham (Norfolk) built several batches of Seaflys under licence to South Devon Boatbuilders. In the mid 1960’s both firms exhibited Seaflys on separate stands at the London Boat Show at Earls Court.

“The Moore’s boats were the best built boats and the quickest, those with sail numbers around 280 are probably Moore’s built. Morris Arthur dominated the racing circuit with a Moore’s boat and was unbeatable.” (David Scovell) 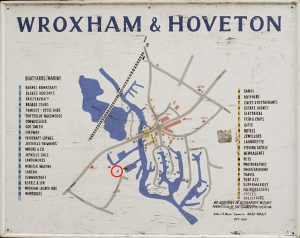 Old Wroxham map, the Moore’s boatyard has been circled

In the 1960’s Moore’s were a high quality Norfolk Broads boat builder. In more recent years Moore’s concentrated on operating a Broads hire boat fleet. They finally closed down (in 2005?) and the site is now a Marina development. The top photo shows the deserted Moores boat building shed with its painted out sign. Their premises emphasise the greater size and resources of Moores compared to South Devon Boatbuilders! The map  shows the location of all the Wroxham and Hoveton boat yards in 1999, the location of Moores is circled.

It seems unlikely that Moores built any Seaflys after the sale of South Devon Boatbuilders in 1969. Certainly they did not build any after Zygal took over the copyright in 1975.

[Next: Builders outside the UK]

SeaflyMemories > Seafly Boat Builders > Moore’s of Wroxham
Because we use Google Maps and other services, using our site may place cookies on your computer. If you continue to view this site we will assume that you are happy with it.Ok