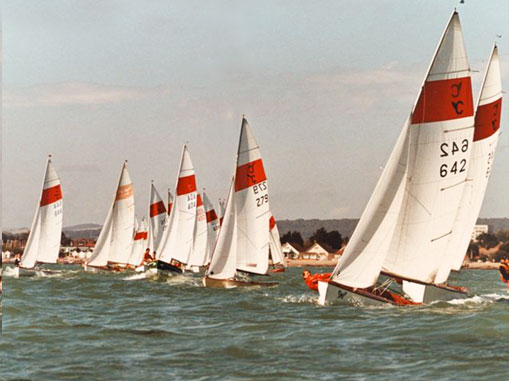 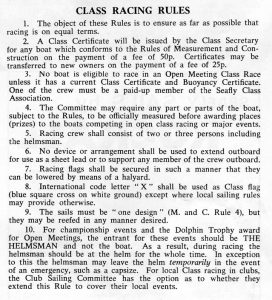 In contrast to the Measurement Rules, the Racing Rules appear to have changed little over the years. By 1987, compared to the 1971 Class Racing Rules (see photo), the only changes were that rule 6 had become part of the construction rules, rule 7 had been deleted (you no longer had to be able to lower the racing flag), and a rule concerning 720o turns added. The helmsman was still permitted to leave the helm temporarily in the event of a capsize!

Almost all the SDCA Trophies were awarded at the National Championships (see Table below). Highcliffe Sailing Club provided the most National Championship Winners (click for list) followed by Blakeney S.C., Starcross Y.C. and Worthing Y.C. The photograph is probably of a Nationals race at Seasalter. 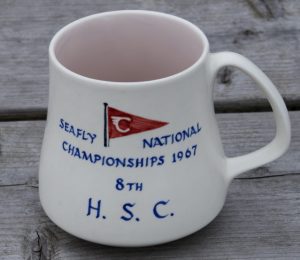 Presented by Canberra Yacht Club in the mid 1970’s as a “Club Prize” at the Championships, early Canberra Trophy Winners were Blakeney S.C. but Highcliffe S.C. later came to dominate. Uniquely, the Dolphin Trophy was contested over the season’s Open Meetings.

Other Mementos: The mug (right) dates from the 1967 Nationals hosted by Highcliffe SC and was made by the relatively local, and famous, Poole Pottery. Below are shields awarded in the 1984 Nationals at Brixham. 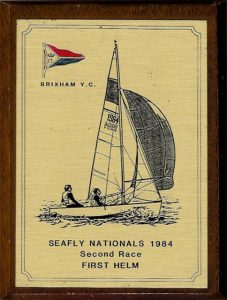 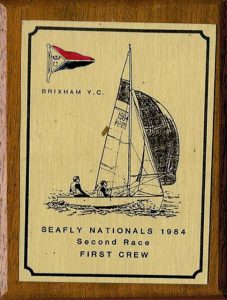 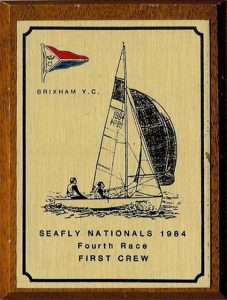 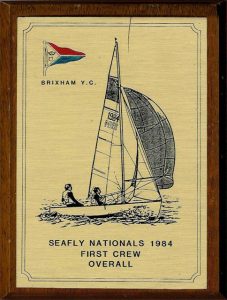 SeaflyMemories > Class Associations - UK > Racing Rules, Trophies and Champions
Because we use Google Maps and other services, using our site may place cookies on your computer. If you continue to view this site we will assume that you are happy with it.Ok