My new Seafly (built by Tony Longworth/Peter Lawson) which I’ve called “Seafly Memories”, first in January 2010 in my garden in Southampton being fitted out and then on the River Itchen. I’ve fitted extra buoyancy and a mast-head float since I normally sail single handed on the river and don’t want the mast to stick in the mud when I capsize. So far I’ve only put it to the test once and it worked that time!

Although the mast head float is good, I later removed the extra buoyancy to make it easier to get back into the boat if I capsize! I’m using a spare set of racing sails from my previous Seafly (650) and it was a little while before I changed the number! 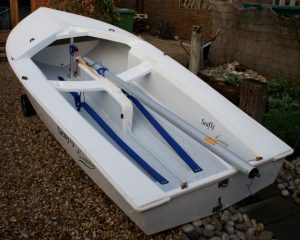 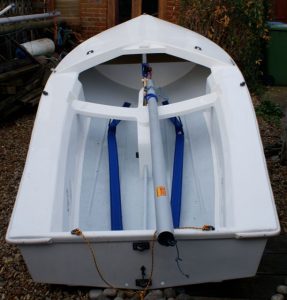 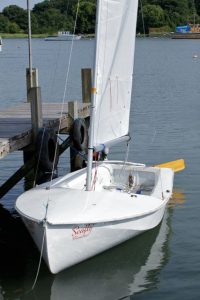 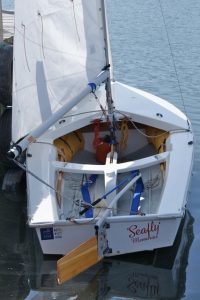 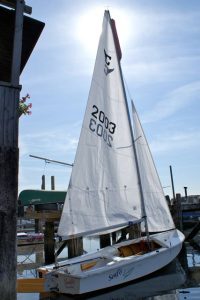 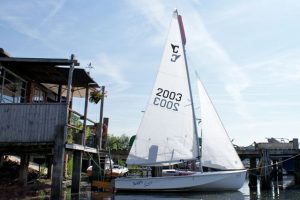 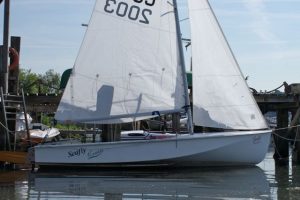 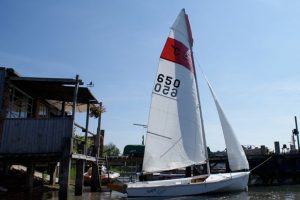 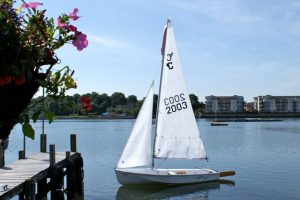 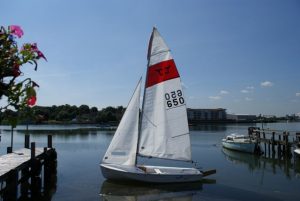 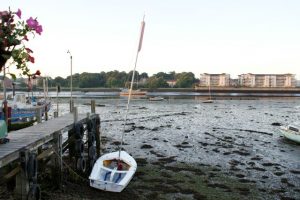 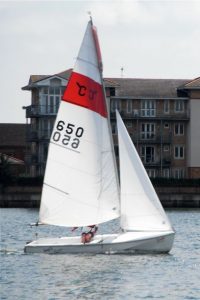 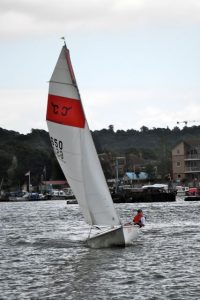 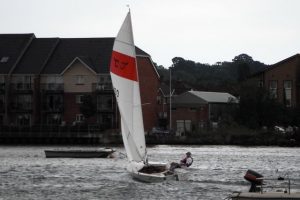 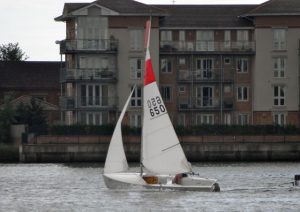 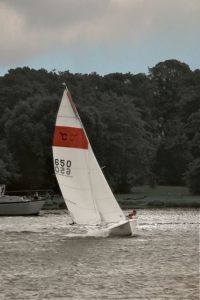 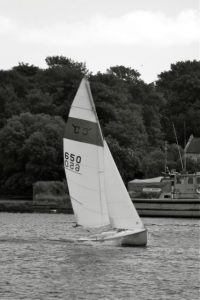 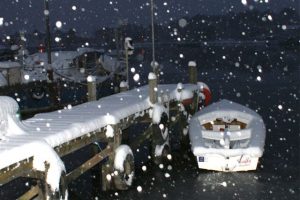 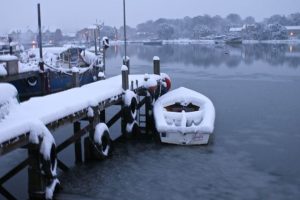 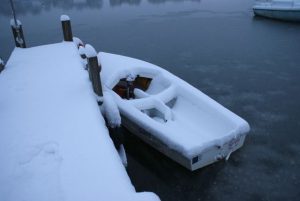 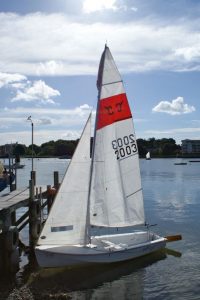 Photographs from 29th October 2011 when myself and a neighbour, Gavin, were out on the Itchen in some good winds (14kts, gusting 23kts). Thanks to David Gower (another neighbour) for taking the photos. 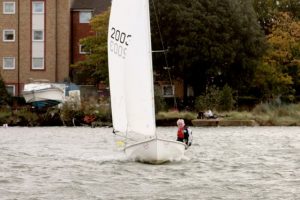 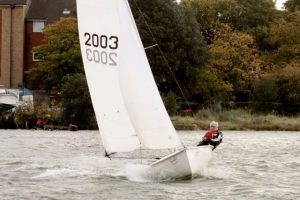 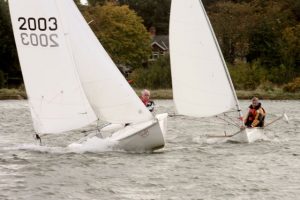 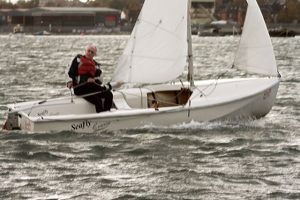 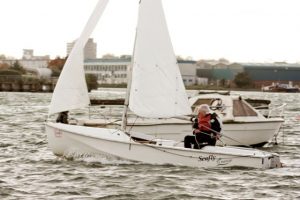 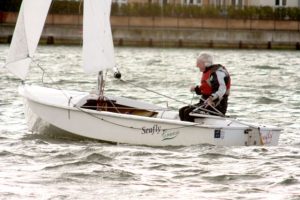 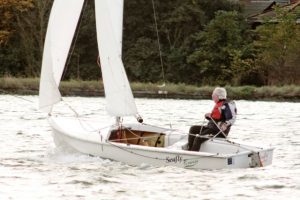 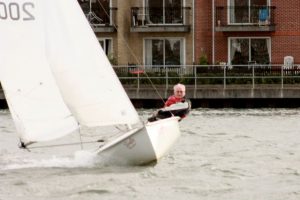 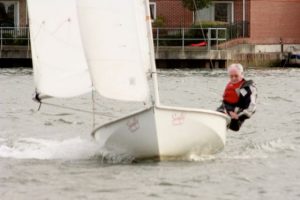 SeaflyMemories > Seafly Register Boat Details: > Seafly 2003 – Seafly Memories
Because we use Google Maps and other services, using our site may place cookies on your computer. If you continue to view this site we will assume that you are happy with it.Ok