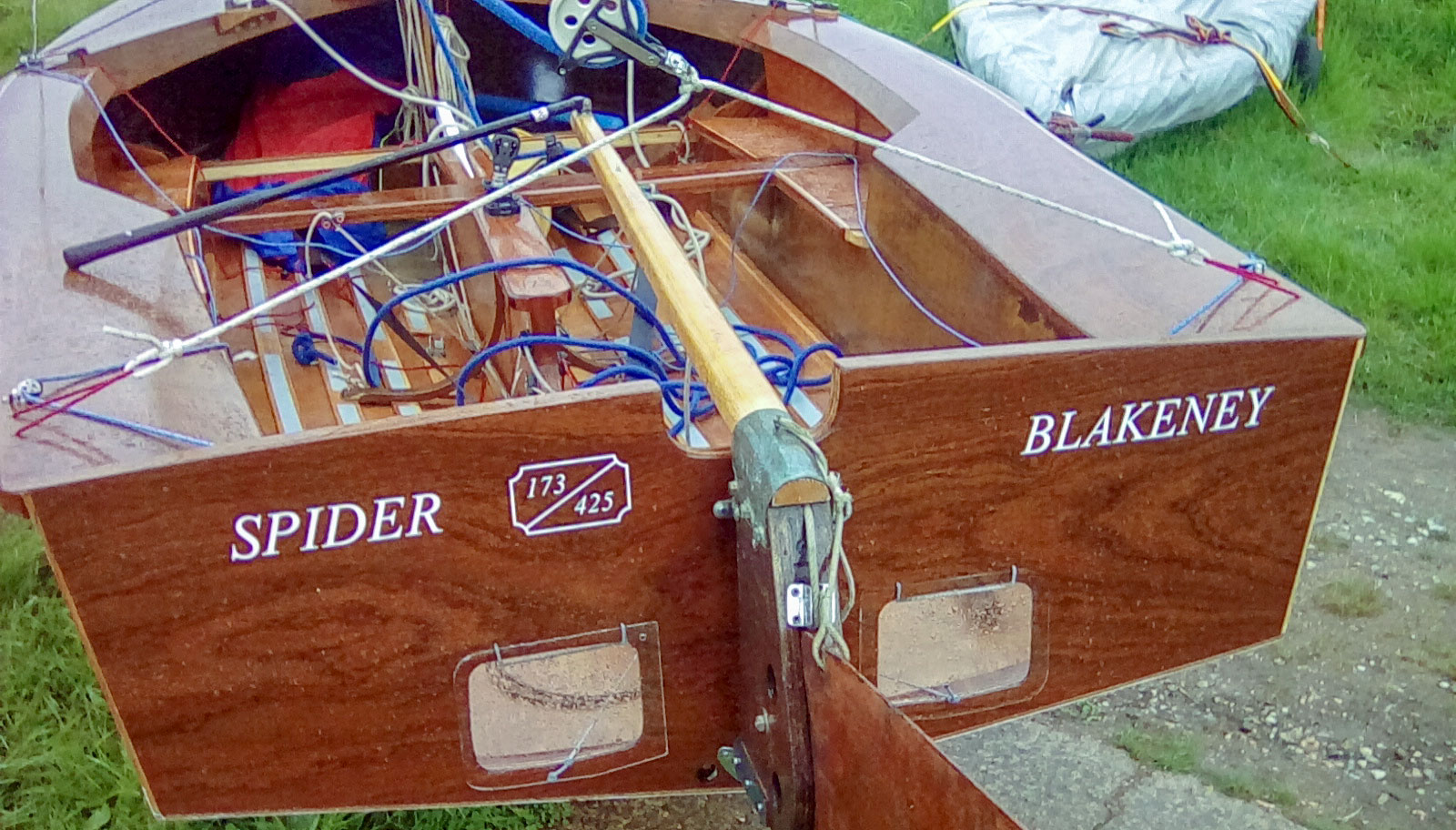 I bought unnamed Seafly C425 from a member of Exe Sailing Club earlier this year. Little is known of its history, it was very the worse for wear and had been in the dinghy park there for some years but had little use in the previous three seasons; apparently C425 had also been owned and raced at Starcross at some time past. On the journey home the hull fractured just behind the shroud plate but held together long enough to get there.

The rig and many fittings were in good condition and was combined with the rebuild of C173 to create one good Seafly out of two, both of which had seen better days. Hence the logo 173/425 on the transom 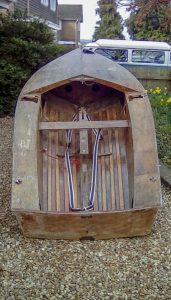 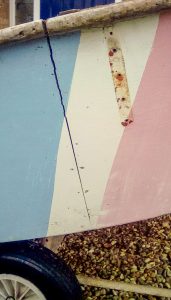 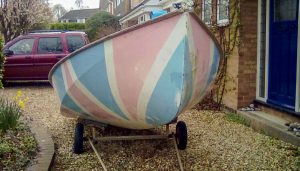 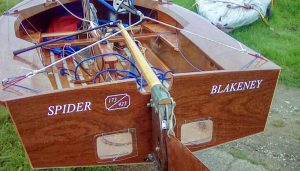