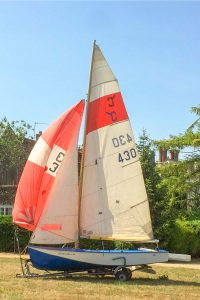 Pandora following her overhaul and repaint (click to enlarge)

Pandora sailed for a couple of years at Roadford lake in Devon. She then moved to Old Hunstanton where she underwent an extensive overhaul and repaint (see photo).  She is now resident at Rutland sailing club where we and friends sail her on the delightful Rutland water.
Kathie Applebee and Geoff Moss (October 2019)

We have just bought Seafly 430 in good nick with a view to reacquainting ourselves with the joys of sailing. Will send photos in due course, when we feel Pandora has reached an acceptable presentation level!

Update Jan 2016: photos below taken during fitting of a replacement mast after the previous mast broke earlier in the month! 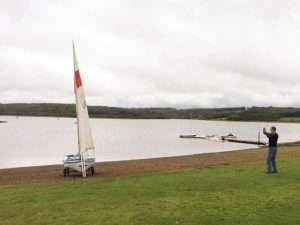 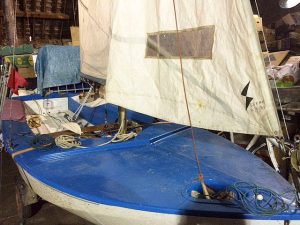 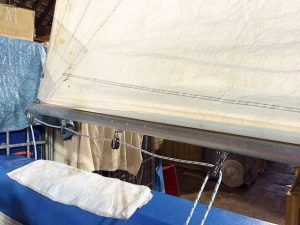 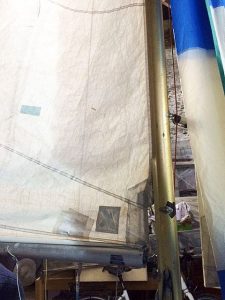 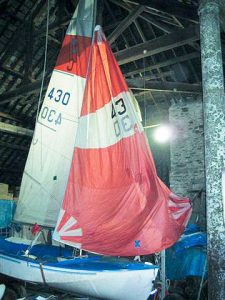 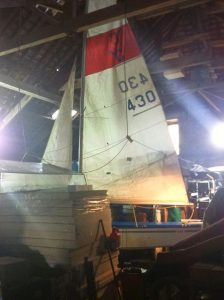 SeaflyMemories > Seafly Register Boat Details: > Seafly 430 – Pandora
Because we use Google Maps and other services, using our site may place cookies on your computer. If you continue to view this site we will assume that you are happy with it.Ok