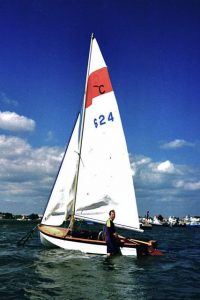 I purchased this Seafly from Adrian Summers who I believe had just won the nationals in it. I can’t recall exact date, but 1993 may be about right. The boat was previously owned by John Slater and then Peter Jones. I spent money to have the boat professionally painted/varnished in 2010 so it looks pretty good at the moment. Here is a photo. This boat has always been called “Sioux” and is sailed at Highcliffe.

Photographs taken by Graham Uren during the 1989 Seafly National Championships in Worthing when C624 was being helmed by Paul Taylor. 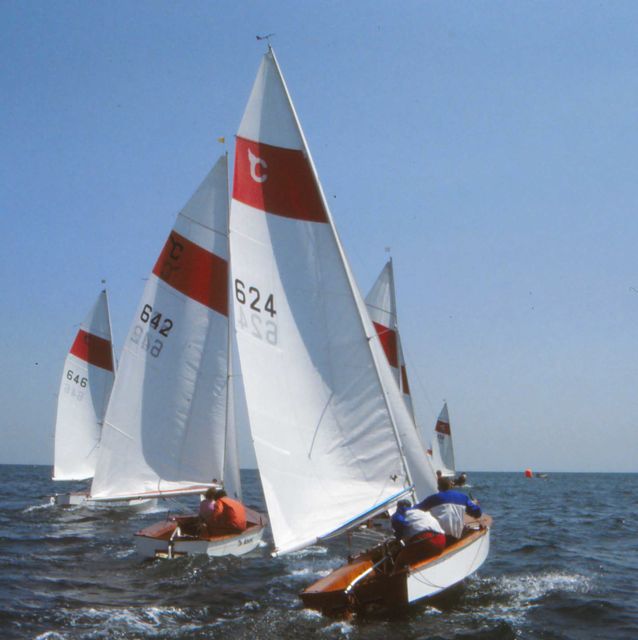 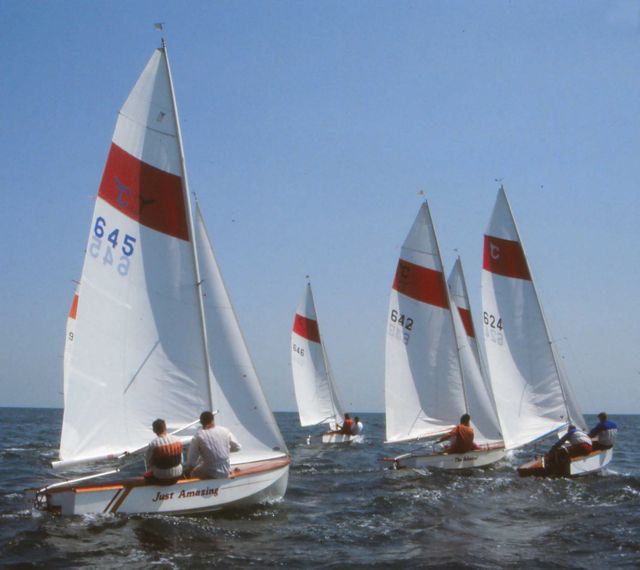