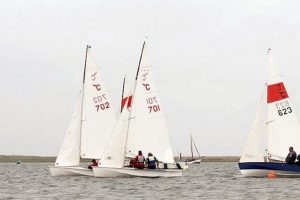 The first new self draining Seafly built by John Claridge, “Seafly SD” originally called the “C-Fly”, was bought in July 2016 by Fren Ewing and Alan Jackson and is being raced regularly on Blakeney Harbour.