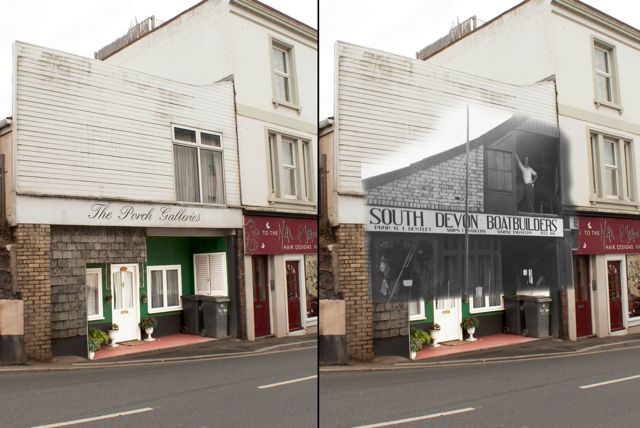 Today and how it was Then

The first Seafly builders, and owners of the design rights,  were South Devon Boatbuilders (SDBB) situated at Iddesleigh Terrace, Dawlish, Devon.  By the start of the 1960’s SDBB seems to have been a partnership between S.J. Herbert and J.V. Kelley. John Kelley was the designer and original builder for the Mayfly dinghy and the Seafly was designed by Kelley for SDBB as a larger version of the Mayfly. 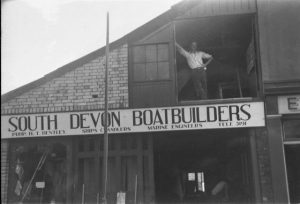 Run by Stan Herbert, SDBB were responsible for establishing the Seafly as a “One Design” dinghy class. Construction was in wood until the first GRP hulls began to appear at the end of the sixties. South Devon Boatbuilders also supplied building kits and many of these went overseas including to Australia, Canada, Papua New Guinea and Ireland. Licences were granted for professional construction in Australia and Ireland.  Altogether they allocated some 130 sail numbers to overseas boats, mainly in Australia. 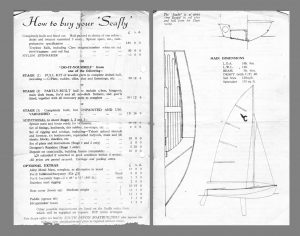 South Devon Boatbuilders maintained close control over the design copyright and within the UK, Moores of Wroxham were the only other professional boat builder granted a licence to build Seaflys. This may well have been a factor inhibiting more widespread adoption of the Seafly by sailing clubs during the 1960’s, the prime time for establishing a new dinghy class.

The relationship between Stan Herbert and John Kelley is described by his son, Rob Kelley:

Because of the financial problems, SDBB were sold in 1969. Stan Herbert entered partial retirement but remained much involved with the Seafly Class Association. SDBB ceased trading in 1974, Arthur Edwards of Zygal Boats in Whitstable, Kent, obtained a licence to build the Seafly in GRP .

Below is a brochure from South Devon Boatbuilders offering the Seafly, Mayfly, and a single-hander, the “‘4’1” which later became the “Seafire”.  Both wood and GRP versions of the Seafly are offered suggesting that the brochure dates from the late 1960’s ( view PDF file 852kb). 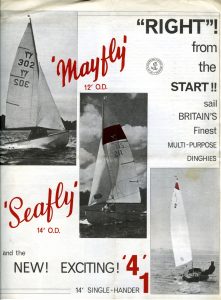 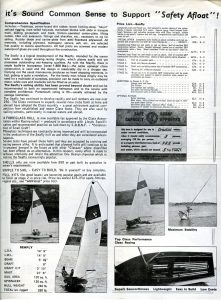 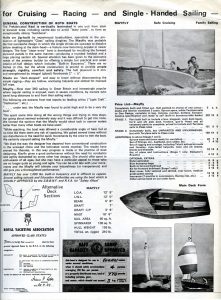 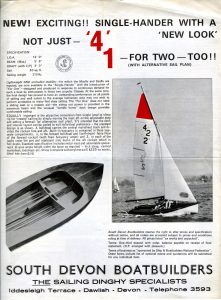 [Next: Moore’s of Wroxham]

SeaflyMemories > Seafly Boat Builders > South Devon Boatbuilders (1960’s)
Because we use Google Maps and other services, using our site may place cookies on your computer. If you continue to view this site we will assume that you are happy with it.Ok