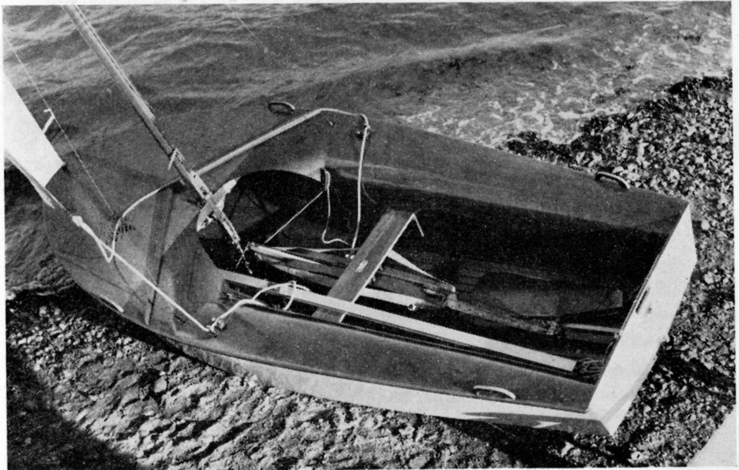 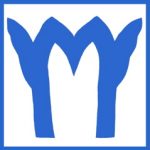 A photo of Mayfly Number 1 features on the front cover of what was presumably the first South Devon Boatbuilders sales brochure for the Mayfly which must have been produced around 1957. The dinghy is shown with cotton sails and the occupants are casually dressed with no sign of a life jacket! The price of a new boat was £98-10 shillings with sails costing another £16! 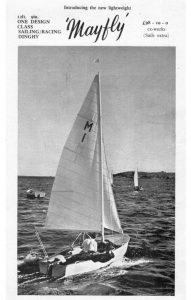 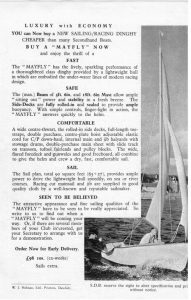 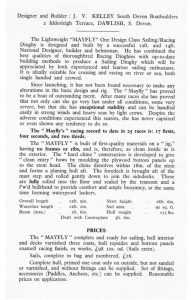 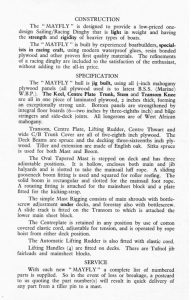 The Price List (below) corresponds to the costs quoted in “Boat Building from Kits” published by Bosun Books in 1958 and presumably dating from that time. A Class Association had been formed, and terylene sails and the alternate “Clubman” deck layout were already being offered.  On sale too was a “Seafly” outboard dinghy! Were SDBB laying claim to the name for later use?

The two photos (top and below) are also from the “Boat Building from Kits” book showing the layout and construction of one of the first Mayflys. Home building starting from a prefabricated hull shell was estimated to take about 75 hours. 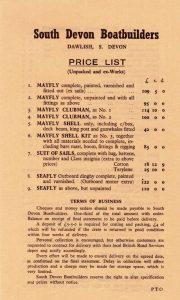 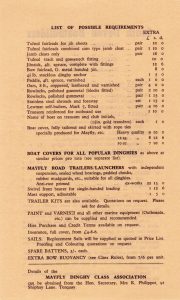 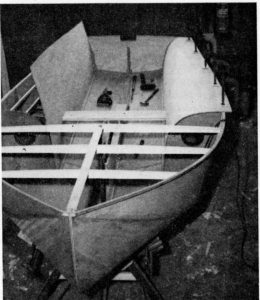 SeaflyMemories > The Mayfly Sailing Dinghy > The Mayfly – 1950’s
Because we use Google Maps and other services, using our site may place cookies on your computer. If you continue to view this site we will assume that you are happy with it.Ok