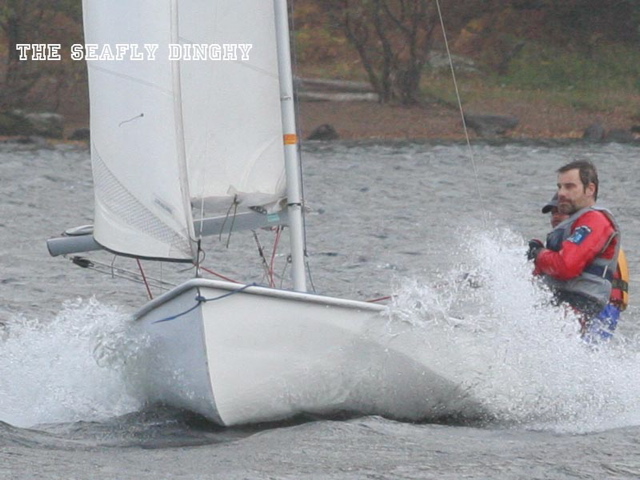 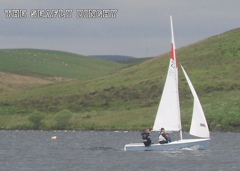 Glenridding Sailing Centre on Ullswater in the English Lake District has used Seaflys  for tuition since at least the 1990’s. Tony Longworth, used to own the centre, owned a mould for the Seafly and, in about 2009 attempted to start a Seafly revival.  Boats would be built to order with the hulls manufactured by GRP dinghy specialists Woodwind (at Todmorden) and fitted out by Peter Lawson of Sailblades who also made the sails and foils.  Two versions were offered: a cruising version in GRP and a racing version  in FRP. Cruising sails were optionally available with a much reduced roach, no battens, and slab reefing. For more detail see “Modern Seafly Design“. 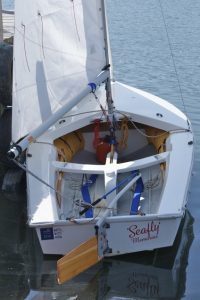 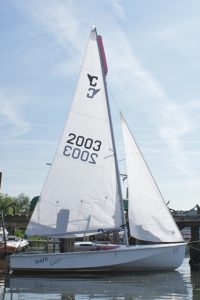 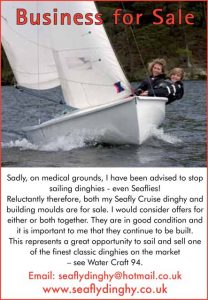 The new Seafly was favourably reviewed in Water Craft magazine (No.94, July/August 2012). But soon after, ill health forced Tony Longworth to advertise the business for sale. Peter Taylor (webmaster for this SeaflyMemories web site) mentioned the advert to John Claridge, from whom he had recently bought a Lightning 368.  Aware that the Seafly had been a popular boat at nearby Highcliffe Sailing Club, John Claridge bought the demonstration boat and moulds from Tony Longworth.

SeaflyMemories > Seafly Boat Builders > Tony Longworth/Peter Lawson
Because we use Google Maps and other services, using our site may place cookies on your computer. If you continue to view this site we will assume that you are happy with it.Ok