Matt Boreham, who sails with Steve Soanes at Blakeney rescued this Seafly from Rollesby were it had been abandoned after a rather bad meeting with a rescue boat! She is Skye which is shown below sailing at Blakeney during summer 2010. The photos were taken at the time of the Regatta. The sails were old ones from C620 which also sails at Blakeney. Her official number is 481, but this year [2015] she will fly a set of Roy’s old Jupiter 623 sails until budget allows for new ones. ( information from Steve Soanes, March 2015) 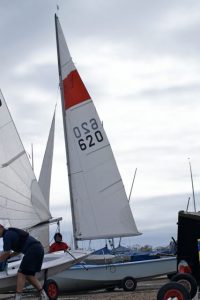 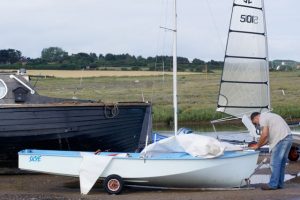 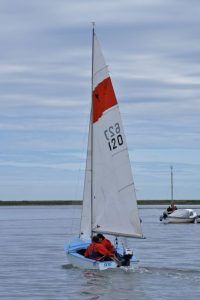