Seafly 388, “Make Time” is an all wood hull built by Colin May (C.M. Marine). I bought the boat in 2001 from a chap called Mac Hambling who gave up sailing at the age of 80. He had bought the boat when he was 70 years young and had called it “Extra Time”, because he told me that he was living on extra time. Sadly his time was up a few years ago and I had the privilege of conducting his funeral. I now call her “Make Time” as I am a good few years of being 70! She needs some “tender loving care” but still sails well and continues to give me a great deal of pleasure.

I attach a couple of photo’s: “Spot the Seafly among the other boats” was taken at the Blakeney regatta in 2004 when I think over 100 boats took part, the other was the regatta last year.

Photographs: The first two photos are those mentioned above. The third, from the Blakeney SC web site, shows Seafly 388 as one of a number of Seaflys sailing at Blakeney. The other Seaflys are (from left) 477 “Merlin”, 653 “Kittiwake”, and 623 “Jupiter”. 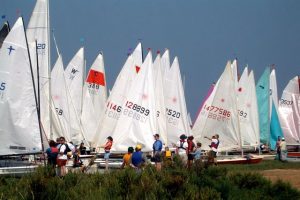 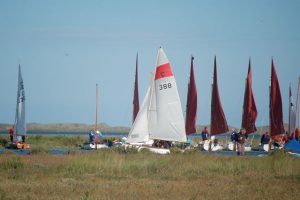 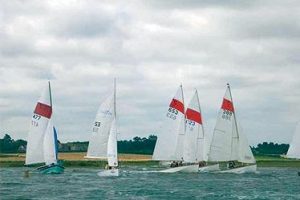 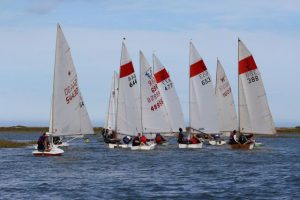 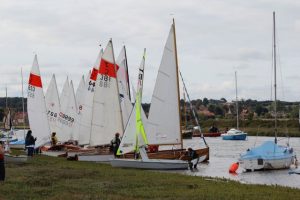 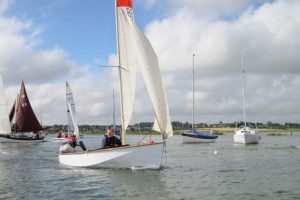 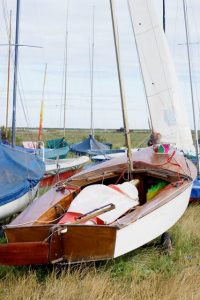 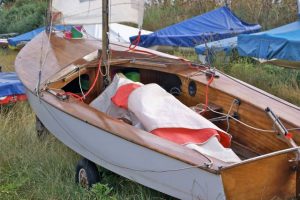 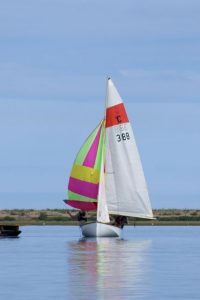 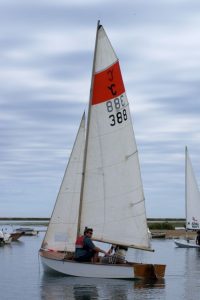 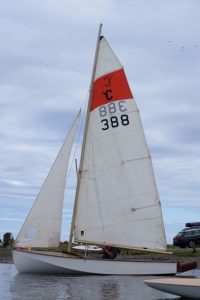 SeaflyMemories > Seafly Register Boat Details: > Seafly 388 – Make Time
Because we use Google Maps and other services, using our site may place cookies on your computer. If you continue to view this site we will assume that you are happy with it.Ok