Seafly 392 was built from a South Devon shell by my father, Peter Scovell. Originally Tarantula and then renamed Nambawan ( number 1 in Pigeon English), sailed by my father and then by myself, David Scovell. Some mental arithmetic tells me that I sailed these beasts from 1970 till the early 80s, crewing first for my father and then helming when I passed my driving test and had a towbar fitted. It takes a degree of skill to retain speed uphill when towing a Seafly with a Mini 850.

The “pink” sails that you see on 392, also 119 and 492, are made by my father (assisted by me) who after buying a hopeless suit from Mountifield decided to make his own. At the time I had a choice of 3 jibs one each for light, medium and heavy conditions plus a super full mainsail which went very fast in a force 2-3 but very slow in anything else. The pink panel is there because you need to use a different cloth to get red, the material having different stretch characteristics from the rest of the cloth. So we just dyed a panel and the numbers were dyed too. Many frustrating hours were spent on the living room floor cutting and measuring and many frustrating hours were spent on the water with experimental ideas but it paid off eventually. 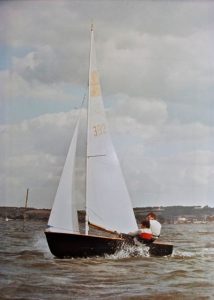 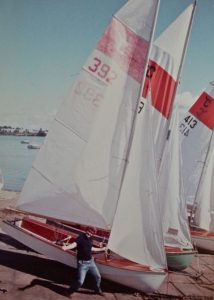 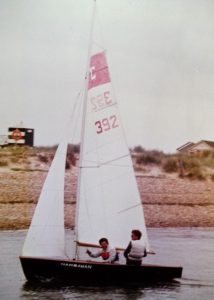 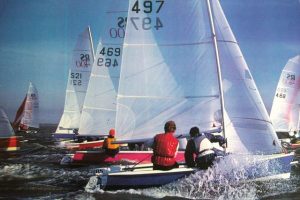