Publicising the Seafly and the SDCA 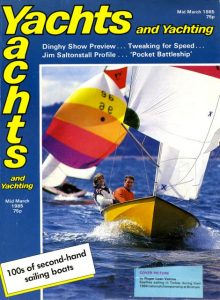 London Boat Show: In the 1960’s both South Devon Boatbuilders and Moores of Wroxham exhibited the Seafly at the “National Boat Show” held annually in January at the Earls Court Exhibition Centre, London. The show was also a venue for  Class Association “get togethers”.

RYA Dinghy Show: During the late 1980’s and early 1990’s the SDCA exhibited each spring at the annual RYA Dinghy Show (“Sailboat”) then held at the Crystal Palace National Sports Centre in South London. An exception was 1989 when the RYA were unable to provide suitable space for showing a Seafly. The last SDCA participation was in 1995; according to the Spring 1996 Newsletter  it was not thought worth the cost of participating in 1996 due to the on-going issues regarding the rights to build Seaflys.

In 1991 the SDCA stand featured one of the latest Seaflys, a video of Seafly sailing at Starcross Yacht Club, and display boards. In 1996 David Hughes (ex-Chairman SDCA) offered to store the exhibition display material… below are the photos used at the last show: 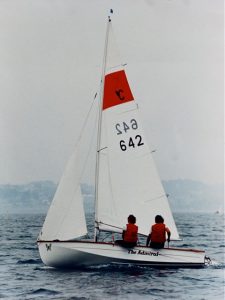 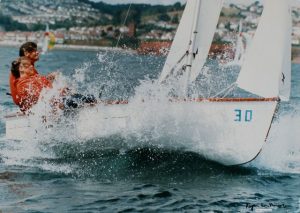 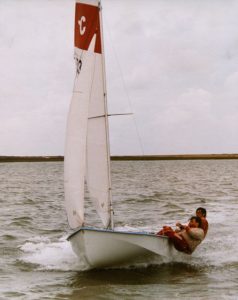 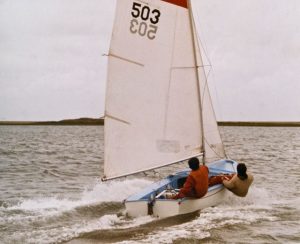 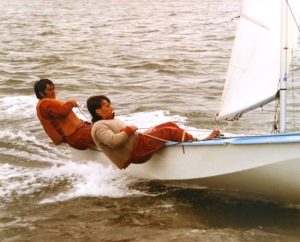 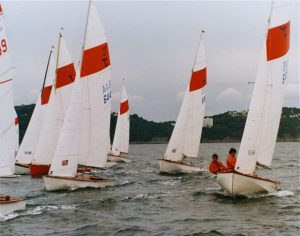 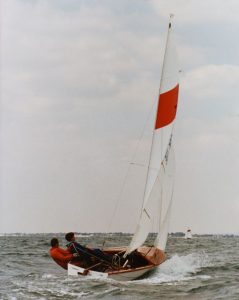 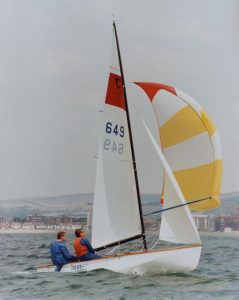 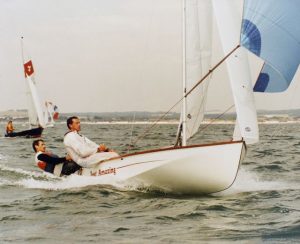 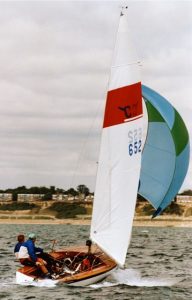 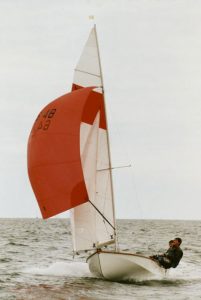 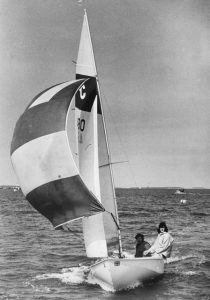 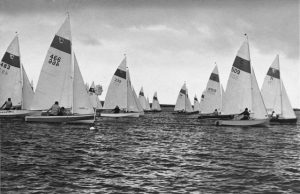 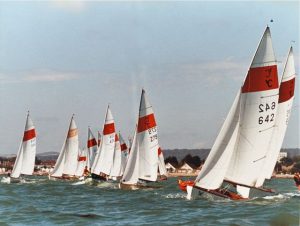 The Dinghy Show handout used around 1985 consisted of three A4 pages: 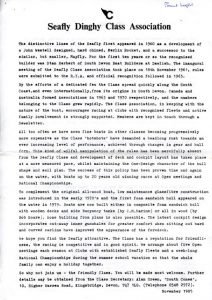 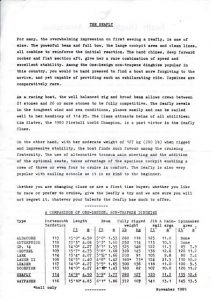 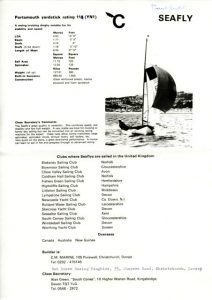 For use from 1987 onwards an A5 leaflet printed on glossy paper was used: 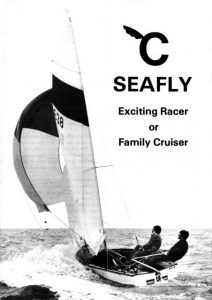 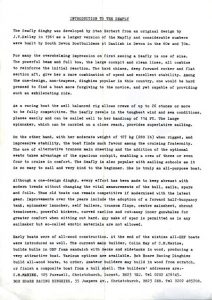 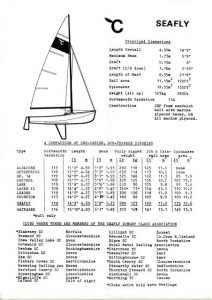 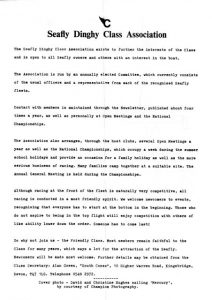 [Next: Publications Archive (or skip to Seafly Clubs and Fleets)]

SeaflyMemories > Class Associations - UK > Publicising the Seafly and the SDCA