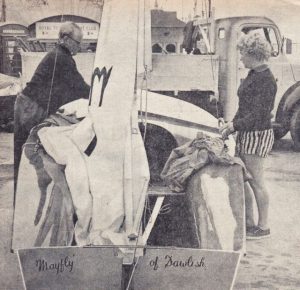 Although J.V.Kelley appears to have been the original Mayfly builder it is Stan Herbert who is remembered as owning South Devon Boatbuilders and building the Mayfly and Seafly. The photo (left) is from the London Evening News and shows Stan Herbert and his wife Dorothy at the 1961 Mayfly National Championships held at Torquay. Curiously the caption incorrectly stated that “Mr Herbert designed and built the first Mayfly”. Probably the reporter was told that the Mayfly was designed by SDBB which by then was owned and run by Stan Herbert. 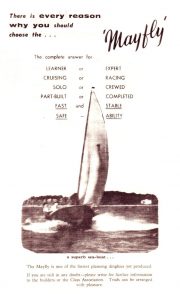 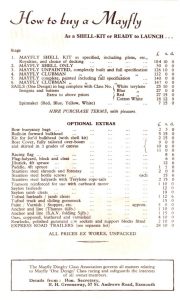 This South Devon Boatbuilders price list, and brochure (below), for the Mayfly probably dates from the start of the 1960’s. The price of a complete boat had increased significantly to £140 and the Mayfly is being promoted for single handed as well as crewed sailing. The photos appear to have been taken at Clacton on Sea Sailing Club where Mayflys were sailed from 1959 onwards. 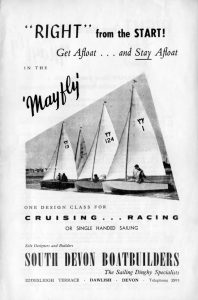 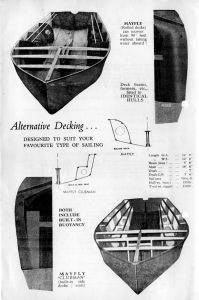 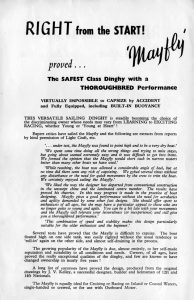 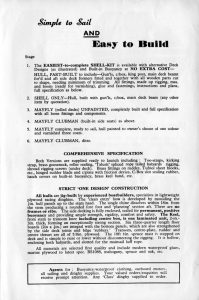 In the next set of publicity documents the Seafly has joined the Mayfly. They probably date from around 1962/63 when the Seafly was starting to become established as the larger version of the Mayfly. 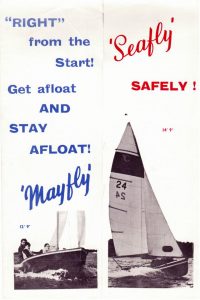 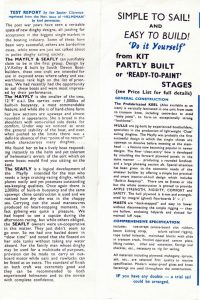 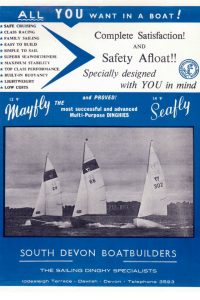 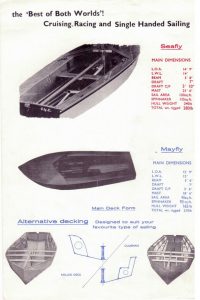